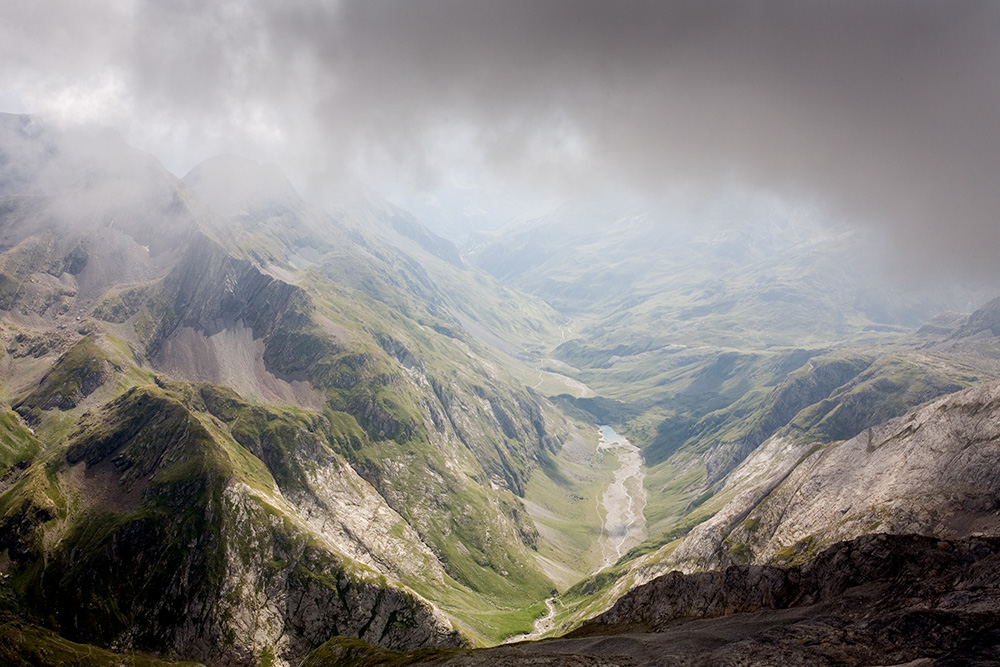 I’ve eaten and slept at the French hut in this film on three occasions. It’s called Oulettes de Gaube. The first time, I was struggling with sunburn on my first Pyrenees walk. Second, it was someone’s birthday and the hut people organised a surprise Happy Birthday song. The third time was disastrous because I lost my tent in night time darkness, in the rough terrain outside, and had to sleep in the hut beside the toilets. The film is from my third time, before dinner, everyone relaxing and enjoying the evening.

The people had walked up from the French town called Cauterets, which takes about four hours. They weren’t walking much, you can’t do that with a guitar, but having a pleasant few days with family.

The mountain outside is Le Vignemale. It’s a climb not a walk, but there’s an adjoining mountain called Le Petit Vignemale which I’ve summited twice. The photograph is looking down from Le Petit Vignemale. Thick but fast moving cloud was passing and I had to wait for a clear moment. Thirty seconds later, it was gone.