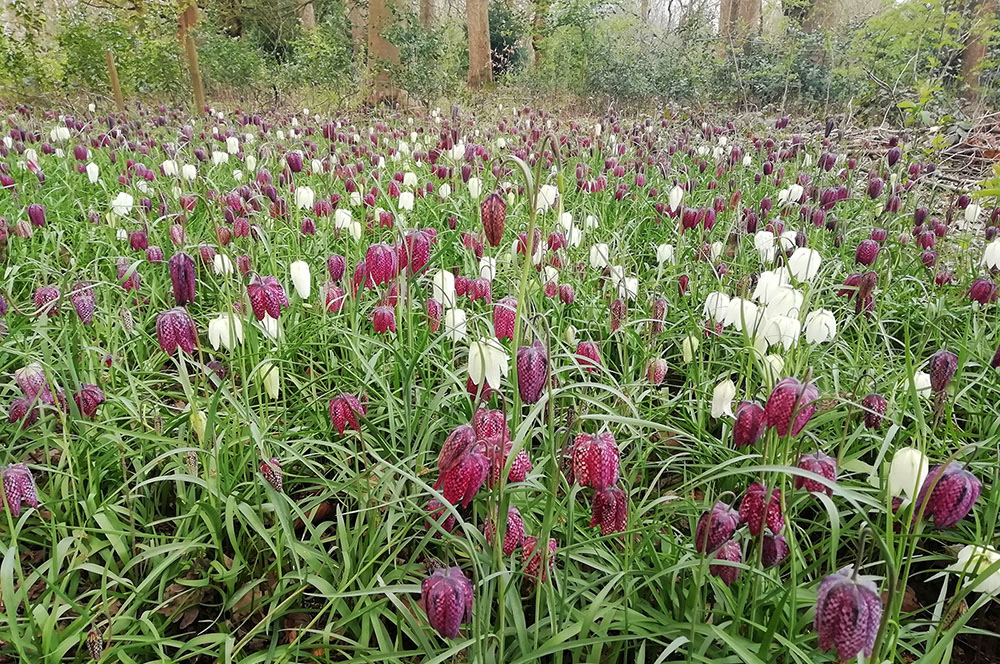 There are many ways I like the outdoors and walking. High mountain treks, camping wild and on camp sites, woodland strolls and wild flower hunting. In my local area there’s a river I often visit, good for a surprisingly long walk, because it’s not the countryside. I saw a kingfisher there last week, in the same place I saw two swoop past three years ago. Probably the same, because they’re not very common.

Wild flower walks are a delight in spring. I don’t have a garden but know outdoor places with the same familiarity. The patch of early primrose, at the end of the lake in the park. The cowslips, just a few, in a shady place beside a path. I’ve seen ragged robin only twice, the first many years ago in a tangle of bushes and grass within a garden area. I went back every year to find the plant again, but it had disappeared. Last year I saw the flowers elsewhere, but in the same garden; this year, sadly, I was too late. I did however enjoy a familiar and unforgettable patch of snakes head fritillary, not far from the uncombed red petals. Many places like this, I know and enjoy every year, particularly in spring. Not because of any profusion, orchids and others are coming up for the summer; but because it’s a return to colour, life, the joy of nature again.

I’m not good at identifying flowers except for a limited range, some the obvious. This year for example, I forgot the name of stitchwort and opposite-leaved golden saxifrage. A fine name, how could you forget that, I wondered; but I did. I have a good collection of books one of which is very accurate but highly technical, the other a colour coded guide which is much easier to use. Yellow flowers, blue, green, red, white, makes them easy to find without counting petals, scrutinising the leaves, and becoming scientific.

There are different approaches to walking and outdoor delights. In the mountains, I tend to wander easily without paying much attention to detail. That’s partly because I’m involved with photographic scrutiny, more interested in composition than a grid reference. If there’s a path, I follow it, not bothered precisely where I am. Very rarely is it a problem. I say this, not to encourage the same (it can be dangerous) but to point out the statistics. I have got lost a few times when the weather changed or I became disoriented, which may not have occurred if I’d been studying the landscape. I’ve only used GPS once. I use maps and a compass, but for most of the time use books. Walk the path, turn left, go down the hill, is the kind of navigation I like. Follow the instructions without fussing about detail is how I like to walk. Romantically, rather than technically; Wordsworth more than Ordnance Survey.

But if you pay some attention to flowers, the woods and the fields come into enjoyable focus. The colours have a name and thus a meaning. I like the names. Green alkanet, although the flowers are blue, makes me think of a superhero. Rosebay willowherb makes me think of a book. Saki more than Chekov, Katherine Mansfield perhaps, although she too is serious more than fun. “Rosebay Willowherb, daughter of the Colonel, was known for fine cucumber sandwiches. The garden was well kept, the conversation interesting, and her parties well received. Last year, she met Ronald for the first time, and apparently this year he was coming again…”

More so than with birds, flowers are little stories and as I read a few years ago, like “party girls at dawn.” Then there’s outdoor inspired music, Beethoven’s Sixth of course, but also Monteverdi’s Zefiro Torna E Di Soavi Accenti. If the music isn’t beautiful enough, read the words:

Zephyr returns, and with sweet accents

enchants the air and ruffles the waves,

and murmuring among the green leaves,

makes the flowers dance to his sweet sound…

and the sun pours down the brightest gold

Some years ago a friend said a poet made her want to roll around on the floor with delight. You get the idea, or at least I did. Spring flowers, spring music, and the zephyr is named after Zephyrus, Greek god of the west wind. No more winter coats, enjoying the zephyr on tee shirt arms. Stoically prepared, admittedly, for British weather disappointment: but the light is undeniably back which means I walk in the evening, perhaps in search of flowers.