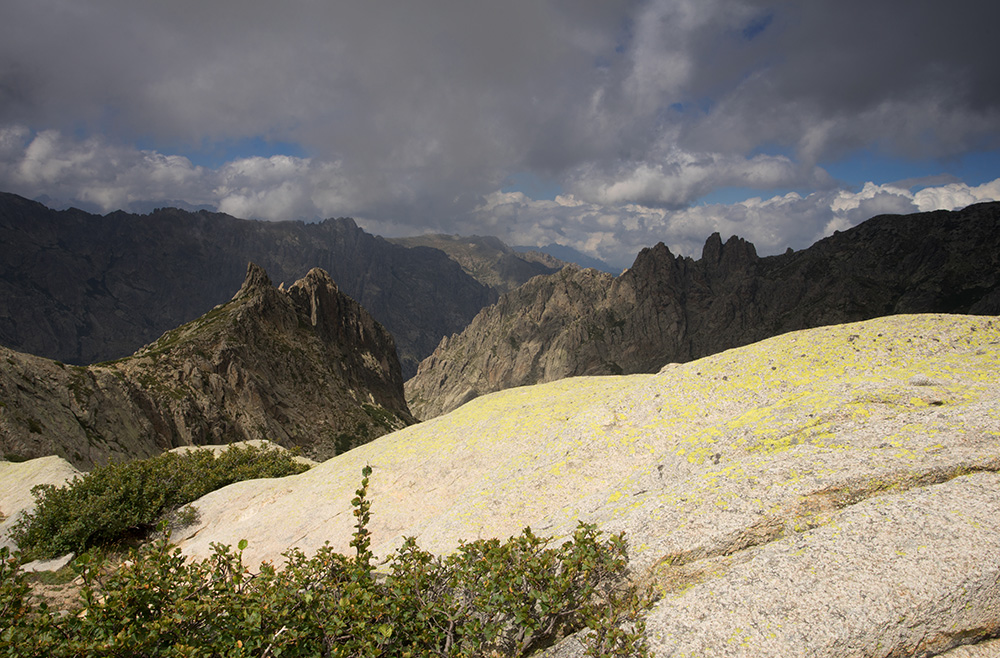 I found the Corsica GR20 quite gruelling. People say it’s one of the toughest long distance walks in Europe, which means rough ground with little respite. There was one day where I felt relieved because it was grassy; the rest of the time it wasn’t. Not only do your feet get pounded, but you must watch your steps carefully. Heavy boots would be best, but I had my usual summer sandals. I slipped and fell on a path, and crashed down with the weight of my rucksack with a shoulder and knee taking the impact. A pole snapped, I cut myself quite badly, and wondered about the consequences of hitting my head.

The photograph shows late afternoon on a rainy day, coming to the end of the walk. People I knew were ahead of me an hour or two and I remember thinking they’d missed the beautiful light.

The film shows breakfast in a refuge. I had the place to myself because everyone had eaten and left. A few years later, back at home, I had white toasted bread, jam and coffee for breakfast, and it was like being in Corsica again. There’s a traditional music on the island which you hear playing in the kitchen. Navigation in Corsica is quite easy with paint flash markings. Having said that, I still got lost a few times.