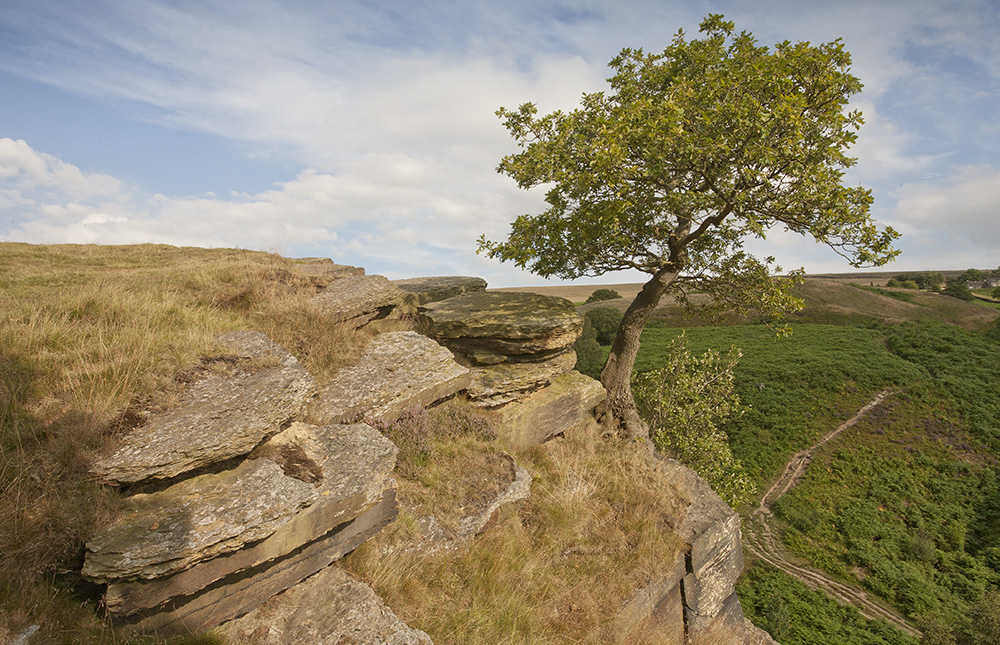 Creatures, I give you yourselves, said the strong, happy voice of Aslan – C.S. Lewis

“It’s beautiful isn’t it” she said and I replied “yes but not much autumn left. We’re on the cusp of winter.” She agreed, the Park Ranger, and referred to her cold morning. I was there for autumn, not winter, but reflected on the difference as I walked. Not just the end of year winding down, but across the seasons and the powers they have. In old times and other places they were gods, goddesses, time and space filled with elemental meaning. Back then they imagined it as a means of taming the change. They had to, for mental equilibrium and practical survival. Boreas is here now with the cold wind. Beira, the Queen of the hard season. Then comes spring, summer, warmth, food, and friendly influence. But not yet.

The beauty in question was an oak tree view I’ve passed a hundred times. There’s another tree below it I’ve photographed similarly. She was repairing a fence with a colleague. I wondered about the public relationship of the National Trust. She expressed, beautiful isn’t it, in a manner other people would not. I had a few cheery exchanges on my walk, but this was different. It was partly about The Presentation of Self in Everyday Life as Erving Goffman put it. Now we are the office persona in a suit, later the husband and wife in jeans. The sociology of theatre with roles and uniforms. The corollary of which is, where is self, and where best found.

Some people live in the countryside, most of us do not, but we can walk and find anchors, big and small, weighted against city life. “The gaps are the thing” says  Annie Dillard in Pilgrim at Tinker Creek. “The gaps are the spirit’s one home, the altitudes and latitudes so dazzlingly spare and clean that the spirit can discover itself.” Altitude is part but not all of it, because we find meaning in modest places too. There’s an urban river where I often walk, parts of which are close to a motorway, where I also saw a heron. Not far from there, a kingfisher I will never forget, swallows in the spring; it’s their place. Ted Hughes describes his “thought fox” but there are other creatures which visit and talk.

Walkers and photographers relish winter but I do not. It’s the snow which attracts, but the days are restricted and dull. I like snow, an exhilarating romp under sunny bright skies with photographs, but those are jewel moments in prevailing darkness. Some years ago I camped at a winter site in Borrowdale then walked Great Gable. I avoid cooking even in summer, in winter it’s worse, so I had dinner in a pub. There was a loud person nearby, I didn’t think much of it, as I enjoyed the open fire warmth. Back to the camp site, suffering the cold, and shortly after he was there with his wife. Opened the back of a car, got out a portable heater, started loud music under black skies. I know the sociology of this, how it works, what the risks are, and went for back up. The shouting farmer was impressively aggressive. He also knew the sociology of it, in addition to being disturbed, and was having none of it. There’s no fight here: stop the noise. He said that’s for summer, not winter, when people are snuggling in tents. Beer man had played Doctor Hook’s A Little Bit More. A tune I’d not heard for years, used to have, probably still do, on a magnetic tape.

It was a bad experience for everyone and the problem was lack of empathy. There were other people in the field, he knew that, so too his wife, but they didn’t think about it and didn’t care. He wanted an August evening in February. But why, and consisting of what? We blast out heat, light and activity regardless of season in the city. But Borrowdale is not the city and that is the point of it. There’s an astrological psychologist called Liz Greene who uses ancient ideas for Jungian purpose. You say, this is my Neptune, or that’s your Venus, and Saturn is challenging, as symbols for a sophisticated engagement with life. We have to honour the deities, she says, as they did in Greece. In modern terms this means understand the archetypal powers. Behold, Beira, because Bacchus is asleep. 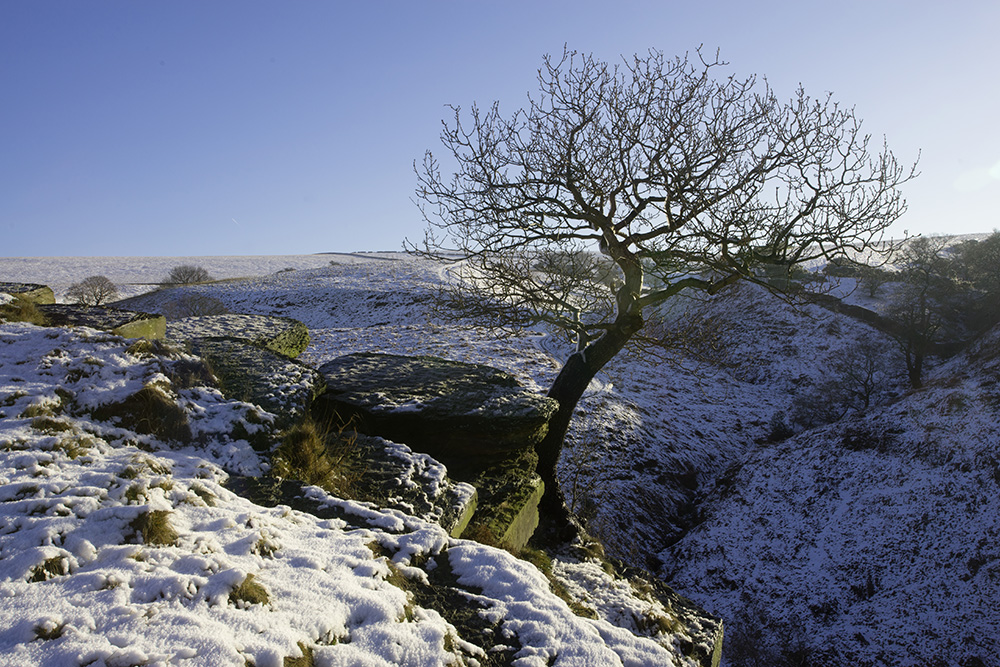 As I walked above the oak tree, I recalled the white witch of Narnia.  Winter there is a place of cold desolation and stony death. But Aslan rises again. Roars, runs, shakes his mane, to the surprise and delight of the children as spring returns. There is good in winter and snow is part of it. But I loathe the season because it makes me feel bad starting with “November in my soul” as Herman Melville puts it. I love the time and space of summer, manifesting as the evening. I walk then, frequently, for the sake of it.

Every year it’s the same. Every year, when we reach March and April, I feel renewed and vitalised like the budding trees, wondering where I’ve been. This is no “disorder” as doctors and drug people say, the science mind at its worst not best, where there are neither gods nor feeling. It’s seasonal nature and where we live. Despite the concrete, sodium light, electro-world of computers, nature is the greater place with connotations of time, space, duration. You don’t find this in city philosophy and “there are enough champions of civilisation” said Thoreau. So walk, ramble, stroll, and talk with the dryads.