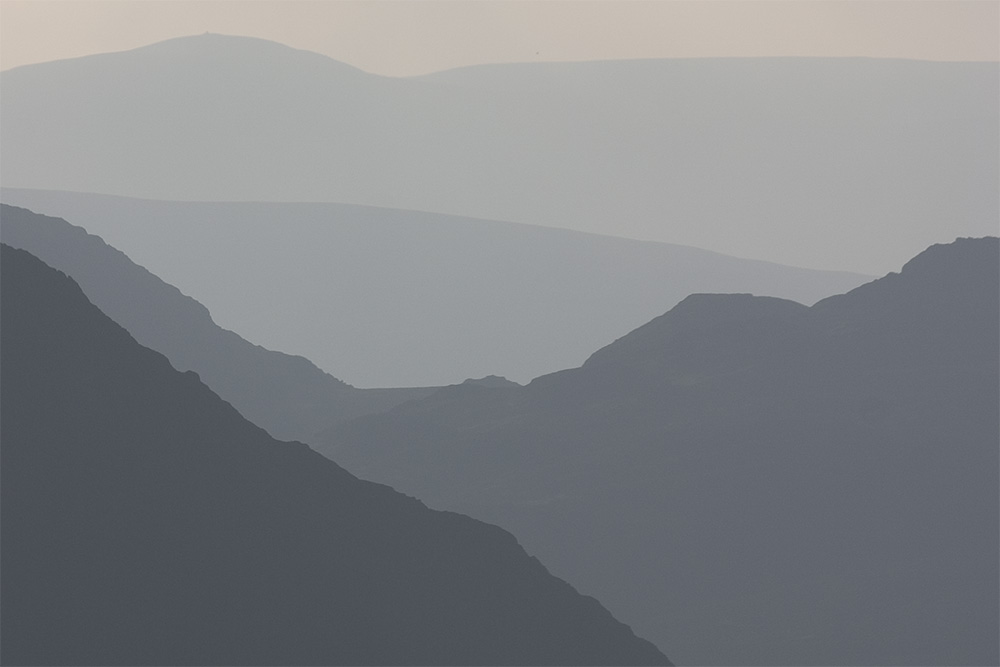 The word for this effect is landskein. Over the years I’ve made numerous similar shots but not quite like this. The view is towards Eskdale while climbing Pillar. It was my final big discovery in the Lake District. I walked there several times in one year, enjoying it very much. I used to stay at a farmhouse in Eskdale, now I like sleeping and waking in a tent.

It was a sombre day with not much sunshine but the visibility was good. The walk begins at Wasdale Head, down a valley, up the hill to Blackbeck Tarn where views start to unfold. I camped there once and it was silent, not even a breeze, for the entire night. You look across to Ennerdale, Buttermere, and Grasmoor. Climb higher and you see over to Eskdale and back at Great Gable. On a bright day there’s a gleam of distant silver, which is Devoke Water.

The aesthetics of photography are similar to art. The medium is different, but not the ideas. This shot reminds me of Chinese painting. It’s not as ethereal, but has a similar concept. Abstracted, with receding layers, as a philosophical reflection. You find something scenically simple but aesthetically strong: landscape becomes art.

Photography is often defined with the effect of light. A modest scene is beautiful when the skies are dark, for example, as the sun shines through cloud. Conversely, you might be in a spectacular place but the view is not. Imagine some of the pictures you’ve seen of Everest. Imagine them, or adjust them on a computer, so they are dull. There must be thousands of images like that, which we never see because climbers discard them.

But it’s not always about light. Other components of a picture are shape, line, colour, angle, depth, texture, and symbolism. The rising or setting sun can be beautiful, suggesting the bigger world of which we are a part. You can find that kind of image in a modest place, not necessarily from a mountain. It’s useful to ask the question: what is the idea of a photograph? It might be a summit, curve of a river, isolation of a tree, arrangement of shadows. When you identify the idea, compose accordingly. The interest of my shot is graphic. You see a moment like this, then balance the lines.

Technically you need a long lens for this kind of photograph. The wider view was not so effective. Use a filter perhaps, if there’s glare and haze, but I wasn’t using one and rarely do. Except for a Skylight, permanently on my lens. Most of the time you can achieve filter effects in Photoshop, so your walking experience is simpler. Optical filters were originally designed for film, not pixels, but there’s a fixation with the traditional method which makes no sense.

Click the image above, and you find it in my galleries. The original frame was a portrait format. If you want this as a print I can provide it. I avoid the format for technical (display) reasons at my web site, but this photograph is exceptional. 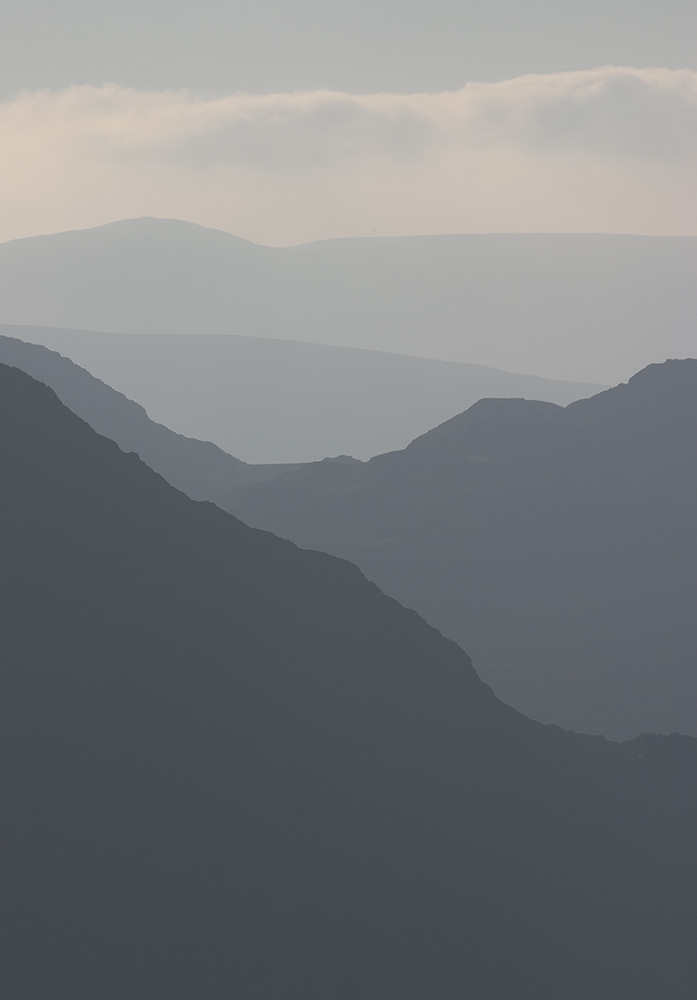