Slipping Out of Time 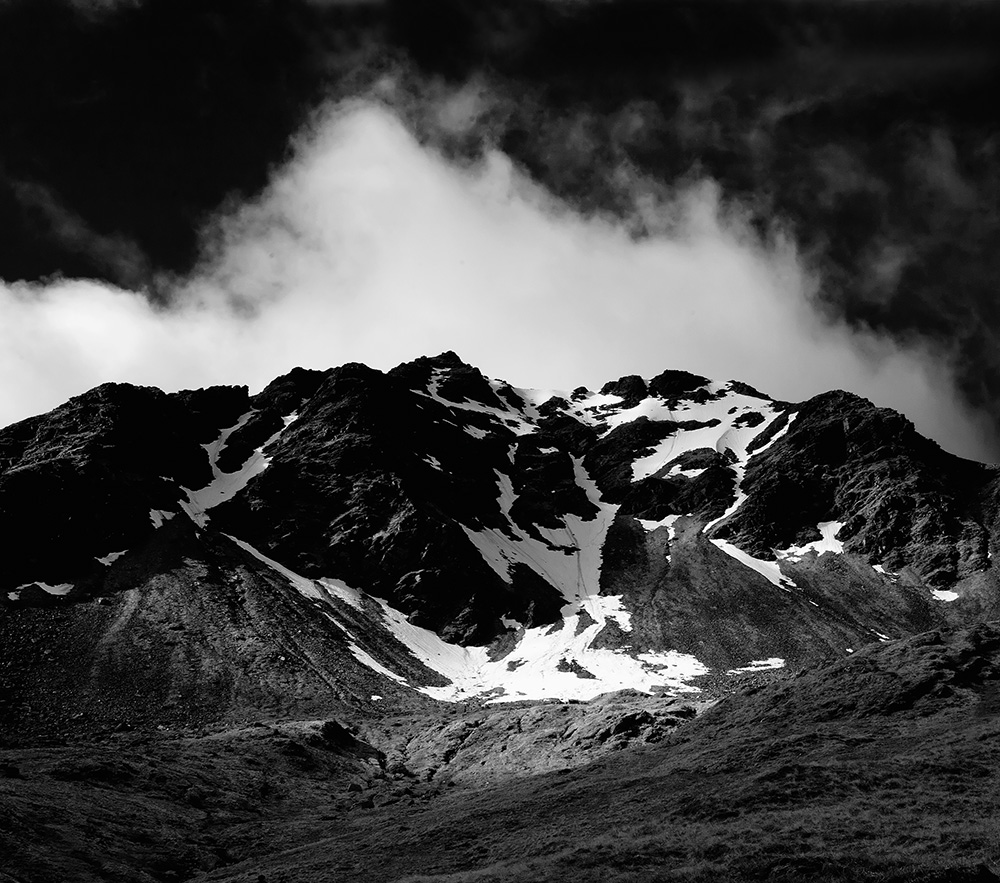 But now and then comes an hour when the silence is all but absolute, and listening to it one slips out of time – Nan Shepherd

I barely noticed this line in Nan Shepherd’s The Living Mountain until recently. It’s a book worth reading again, with observations you might not immediately absorb. She describes the experience of mountains in layered terms. It’s unusual writing when conquest was, and still is, the prevailing theme.

My earliest memory was in primary school. I was looking out the window at snowflakes. A grey day, no sun, and a cascade of them down, down, down, which I tried to follow. You can do it for a few seconds, then you lose the shape in the swirl. A few years later I did it again, when others were playing cricket. A summer’s day with a beautiful sky, I laid on my back gazing up at it when I was supposed to be fielding. Possibly I wasn’t interested in cricket because no one wanted me on their team. It’s not good practice, telling children to pick the sides, because if you’re always last that’s not a nice feeling. Anyway I had better things to do.

I’ve had unusual interests my entire life. Aged fourteen or fifteen, there was a Festival of India in London. Treasures borrowed from around the world, carried up from the cellars, offered for a wonderful city wide display. I was spellbound with the art, fascinated with the philosophy. I loved the miniature paintings with gold, green, blue, silver, of Krishna and friends from Indian stories. The three main gods were explained. Brahma, Vishnu, and Shiva represent the creation, preservation, and destruction of the universe. They correspond to the qualities called Rajas, Tamas, and Sattva of Ayurvedic medicine, which is a useful set of ideas. Rajas is activity, which becomes fast pace and over stimulation. Tamas is inertia and slowness, lacking direction and purpose. Sattva is the middle point and means rhythm. There are methods for encouraging sattva, experienced as calm and balance, such as meditation and nature experience.

If something creates, maintains, then disappears, it’s time limited not permanent. In Chinese philosophy this is described within the I Ching – The Book of Changes – which is over three thousand years old. I discovered it while an undergraduate, read it occasionally across the years and studied it, recently, very extensively. In the I Ching, nothing is permanent. The path of life, one might say, is navigating through time. Heidegger says something similar. It’s complicated with him and I make no claim for expertise. But Being and Time is to some extent consistent with the I Ching. We have a being, or self, through which time flows or we through time, as a fact of existence. “What determines both time and Being in their own, that is, in their belonging together we shall call Ereignis, the event of Appropriation.” It’s a German word and also means occurrence or occasion: something happens as a conjunction of forces. Heidegger, like Nietzsche, reached back to Greek ideas as one of the bases of thinking.

There are places in Nan Shepherd’s book where you see a Zen influence. Small insights, so a change of your neck position, she says, alters perception. It does. Another of my interests was the Alexander Technique. One of my teacher’s favourite books was Zen and the Art of Archery by Eugen Herrigel: it was how he taught. I qualified, taught for a few years, and central to the Technique is the postural relationship between head, neck, and back. It’s called the Primary Control. The extended part of Shepherd’s time meditation is here. Silence, stillness, space, and a new dimension:

The most vital thing that can be listened to here is silence. To bend the ear to silence is to discover how seldom it is there. Always something moves. When the air is quite still, there is always running water; and up here that is a sound one can hardly lose, though on many stony parts of the plateau one is above the watercourses. But now and then comes an hour when the silence is all but absolute, and listening to it one slips out of time. Such a silence is not a mere negation of sound. It is like a new element, and if water is still sounding with a low far-off murmur, it is no more than the last edge of an element we are leaving, as the last edge of land hangs on the mariner’s horizon. Such moments come in mist, or snow, or a summer night.

This is an experience of calm, peace, and harmony with the world on a silent mountain. She had a way with words, in addition to feet on the ground, and slips out of time is a good line. It’s a feeling, not philosophy, which is typically Zen. Their koan questions, like the meditation, emphasise the point: don’t be intellectual.

At another moment in Shepherd’s book, she worries about the safety of young people not used to the conditions and scale of the Cairngorms. They’re not the Lake District, but bigger hills and more dangerous, further north in Britain. After a long day in the Scottish hills myself, I reached the road leading back to the camp site. I was exhausted, wanted it to stop, wanted a meal before it was too late, so tried hitching. A huge lorry slowed, south of Glencoe, and I climbed into the cabin. “How long have you been walking” he said. It was twelve hours with hardly any break. “Och, that’s too long” he said, and I agreed.

The best photograph I found for the day is the one you see above. Ben Lui, Beinn a Chleibh, is called Queen of the Southern Highlands. It shows a silent moment, out of time, spring with lingering snow.