The Land and the Street 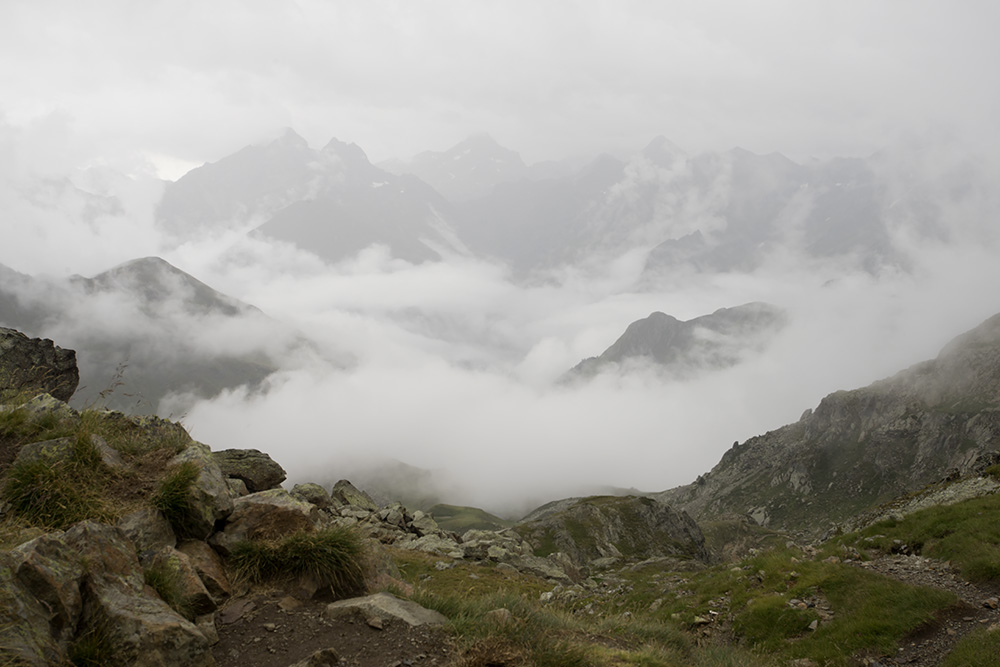 In the mountains, there you feel free

Some years ago I met two ladies in a Lake District pub. They were animated and interested in whatever was happening and who was there. I was enjoying food and drink after a walk. They’d been exploring valleys, not the high places, as a weekend break more than hiking adventure. One was single, the other recently divorced, and they were fun.

When we left at closing time, they started walking left when their youth hostel was on the right. It was complete darkness and they were confused, so I advised where they should go then offered them a lift. They consulted each other with a glance – should we? – then accepted. It was a long walk, which they hadn’t understood, but only a ten minute drive. At the entrance I was invited into the hostel. One of them, enjoying a part of herself newly free after quiescent years.

I told them about my web site and photographs – not this site, the previous one where I wrote a considerable number of words. About 100,000 as a diary for art, literary, and philosophical interests. I wrote a piece about kairos, a Greek word meaning the right time or moment. It can be, I said, one way of understanding Cartier-Bresson’s famous moment decisif. One of them asked for a print, with words arranged around the edge. I said yes, knowing you can do anything in Photoshop, although I hadn’t done it before. She said photographs are easily achieved but words are not. She liked the picture, but the words more.

This is a topic for photographic consideration. With photography generally, some images convey a message or story very clearly and others do not: they may need explaining. Some images are effective as part of a collection but not singly. Some images capture a story for sociological effect, which you might contest as a false moment for propaganda purpose. This is both subtle and overt, depending on the image and connected stories. My passion is walking photography, but I’m conversant with academic criticism and the wider culture.

I’ve been enjoying street photographers recently, and considered again the reason for doing it. I’ve practiced it, studied it, know the techniques and iconic images of the genre. In the old days you could take a camera into the streets, make pictures, and they had impact. Everyone does it now with a phone, or with digital cameras, but the Leica 35mm was revolutionary. Before the Leica, and its rival the Contax, film cameras were big and unsuitable for streets. New technologies enable new activities, art, and ideas. The early bicycle helped women’s equality, because it meant freedom to roam and leave one village for the next. The telephone, car, train, internet, caused significant social change. Leica still exist, now producing digital cameras which are annoyingly expensive. They are good quality – so too the film cameras – but some of the price is because of prestige branding.

We can ask the question what is the purpose of a photograph, and answers vary. Sell a product, mock a politician, record a wedding, take a selfie for fun. David Bailey, amusingly, disparaged selfies as portrait nonsense. They are, as photographic art, but that’s not the reason for them. Mountain photographs carry implicit ideas about wildness and our relationship to it. They are moments of kairos, the light often fleeting, making a shot beautiful or banal. More fundamentally, the purpose of a mountain image is visual pleasure. Irrespective of thoughts about it, if you’re a walker or not, the beauty of a mountain is reason for a photograph.

I sometimes enjoy looking at street photographs because you see people, faces, human moments and humanity. I would prefer to live in the countryside, but inhabit an environment of brick and concrete as most of us do. There’s a visual interplay between buildings, people and the urban place, very different from photographs of Scafell Pike. We engage differently with the pictures, street or landscape, and it feels different: like listening to Haydn one moment then Bob Dylan the next.

I like looking at accomplished street photographs and have some myself. But I don’t like wandering streets, with or without a camera, and there’s an underlying tension. You normally avoid engaging with people, and there are films showing how Cartier-Bresson did this in Paris, Joel Meyerowitz in New York City. It’s dance-like, you snap then turn away, so they don’t notice. You might raise your camera up, or to the right, pretending to shoot the background building not the person or people. You shift your attention and gaze, which in a busy city is a sufficient signal conveying that the person is not the interest.

Although you might be noticed, then have to explain, and it’s an impossible situation. I’m making a beautiful picture, which includes you looking at that shop in the sunlight. I like the way you were holding hands, or your coat, or your expression, which was calm as other people were passing with speed. You can’t explain it like that, because it’s an artistic idea abstracted from the moment. So you might say for example, you’re testing the camera (I did that once) or it’s an exercise. They want reassurance, which is subliminal as much as rational. I don’t know if Cartier-Bresson was ever engaged by his subjects. If he had been, his answer would have been interesting.

Beautiful as some street photographs are  – everyone cites Cartier-Bresson but with good reason – there’s a social tangle I don’t enjoy with the practice. I like to walk in nature, and take those photographs. You avoid contact with street photography, immerse yourself in place when you walk the mountains. You affect indifference in the streets, while mountains really don’t care. We identify with other people in cities, enjoying the theatre of observational humanity. We wonder about humanity in a deeper sense at high places, like they’re Zen gardens, where emptiness and less is more.