The Tao of Photography 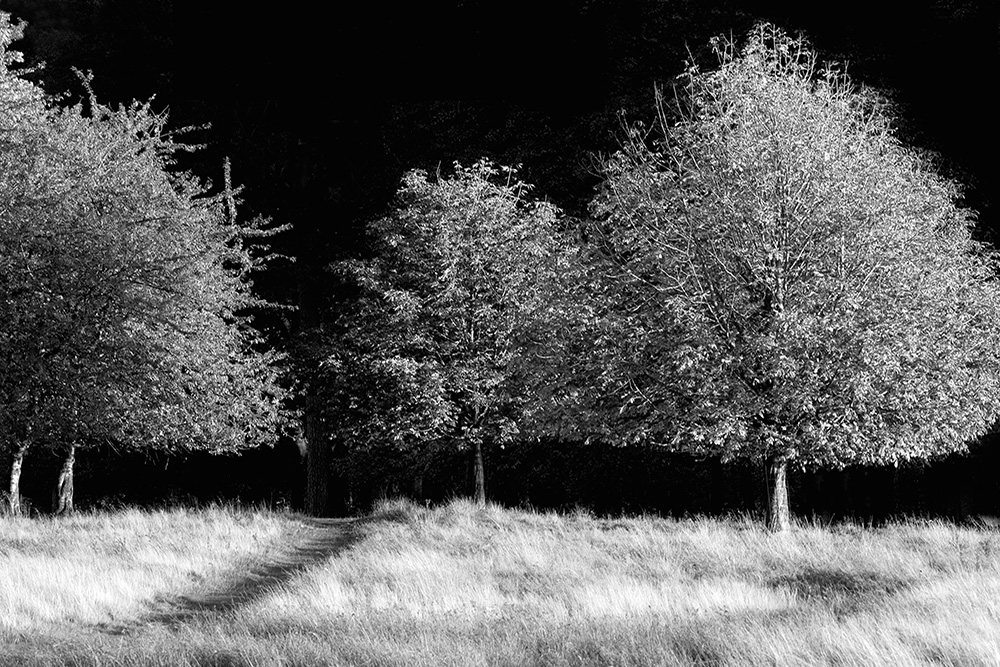 Creative work needs solitude. It needs concentration, without interruptions. It needs the whole sky to fly in – Mary Oliver

In all things, the Way does not want to be obstructed – Chuang Tsu

Before undergraduate university I read preparatory books. Bertrand Russell, Sartre, Thomas Hardy, Steinbeck, Zen and the Art of Motorcycle Maintenance. I didn’t enjoy it much but felt it was important. I took extensive notes, as I always did, and drew the yin-yang symbol of Taoism. Robert Pirsig uses the idea referring to technology and art, as different but complementary aspects of society.

Since that time I’ve read more Taoist, Zen, and related material. Timothy Gallwey describes the “inner game” of tennis, golf, and music. His books are like dilute versions of Taoism, or Zen, applied to Oriental arts. You find that in Japan with tea making, calligraphy, and karate; in China with painting and poetry. Gallwey describes relaxation as one of the keys to success. It’s what makes tennis interesting when we engage psychologically with the players. There was a Wimbledon clash some years ago between the cool of Bjorn Borg and the volatility of John McEnroe. I remember Borg’s eyes. Focussed, concentrated, calm, bounce once, twice, thrice, serve the ball and win.

A theorist called Roland Barthes wrote famously about photography and something he called the death of the author. It means their intention is not the meaning of the book. It summarises an important point about Tao of Photography by Phillipe Gross and S. Shapiro. The meaning is separate, living in the imagination of other people, which is also basic critical thinking. You could say a novelist intends this, so the meaning is that. But that’s not correct because they don’t own the meaning. Jazz sometimes (and amusingly) annoys people but other people like it. Is one perception real and the other not? I read a jazz book where someone storms into the room of a Coltrane lover and shouts “turn that s*** off!” because he finds it unbearable. I confirm the same reaction with someone I knew when I played jazz.

It depends who you are with the book Tao of Photography: Seeing Beyond Seeing. As an introduction to a self awareness approach, it’s very good. For Taoism as such, not so much, but I say that with reference to my background. You can refer to openness as an artistic principle – Gross and Shapiro do that – which means you can’t predict photographic possibility. Walk the streets and you don’t know what will happen. Walk the mountains and it might rain, be cloudy, sunny, or dull. It’s a mundane idea but deeply philosophical in the Tao te Ching, I Ching, or with Chuang Tsu. In Buddhism they describe attachment and the skandhas. We can’t grasp the world for artistic or other reasons because it happens independently and impermanently. That’s a paradox in the I Ching: the certainty we have is the reality of change.

Photography is philosophically interesting because it records the moment. From the beginning, there’s been disagreement about the semantics of a photograph and is it art. Poet and philosopher Charles Baudelaire rejected the idea, saying it was an industrial and mechanical practice only. It captures and reproduces the details of a scene as a soulless function of optics. Where is the art, the creativity, in a few exposure seconds compared to hours of painting? The accusation is easily answered. The artistic work of a mountain photograph lies with the walk, the weather, passing light and the place. You expose in a fraction of a second with a modern camera and achieve something which can’t be painted. That is the value of it, different not inferior.

Photography connects with Taoist philosophy but not exactly or with the same depth. I wouldn’t recommend Tao of Photography if you want to learn about Taoism. Go to the source, if it’s Taoism you want, for the same reasons I would say avoid Timothy Leary describing the Tao te Ching. He was part of a phase where misrepresentation was unintended but trendy. Tune in, turn on, drop out, find the Tao in psychedelics. The sixties were a curious phenomenon, searching but getting lost.

Breaking down normal perception with LSD doesn’t mean it’s the same as meditation discovery. This logical error is common. Descriptive similarity becomes epistemic sameness, through lack of understanding but also to deceive. It’s used politically all the time. You obfuscate the difference between self defence for example (necessary) and attack (wrong). Or speak of the mental ‘violence’ of an idea is if it’s the same as a physical threat. Force is not all the same and neither is music. A photographic moment passes, which is philosophical, but it’s not the same practice as meditation.

There is an intuitive aspect to Taoism which is different from conceptualisation. If you’re not sure what I mean by intuition, read Jung. But the I Ching is also structural and conceptual which means you must think about it. Photography is the same. You have to know about f stops and shutter speeds, how to compose, which can be technically described. But then you have to sense it and do it as you see it unfold in the mountains. The camera is a tool and correct exposure alone does not make a good picture. It’s an obvious but necessary remark for beginners, and also counters photographic mystique.

These are interesting subjects and a Taoist framework is a useful approach. Gross and Shapiro use Chuang Tsu to elucidate photographic practice, which to some extent is applicable to art generally. They refer to Little and Great Understanding where the first is defined and expected, while the second is receptive and new. Practice Great Photography they say, and you enter the wisdom of Taoism. That’s debateable. I wouldn’t dismiss it, but it must be sensibly understood.

Essentially they are talking about creativity and it is true that a creative practice enhances life. It doesn’t have to be photography. Paint, write, play the cello, and the same applies. It’s a form of expression which is neither required nor welcome in the daily grind. It rests on autonomy and personal value which managers don’t care about. Fit in, do as you are told, I know better. This is often incorrect, representing power not intelligence.

Art, which includes photography, frees you from constraints. No one can tell you how to do it, which is where technical workshops are suspicious. Beware the photography filter expert, advertising camera and filter brands, teaching you how to use them. Filters are simple to use, there’s no mystique, and Photoshop is better. I explain elsewhere why digital filters are easier, cost nothing, and are technically equivalent. Glass filters were made for film cameras when there was no alternative.

A Taoist approach to photography is not the real thing with regard to the Tao te Ching or Chuang Tsu. But I like the book, Tao of Photography, for the interesting ideas people may not have considered. Taoism is something you discover for yourself and can’t ultimately be taught. Historically it clashed with Chinese society, because you find authority in yourself not with external structure. Creativity is the same. Photography, walking with a camera, can’t seriously be described as Taoism. But the book is a fun introduction, with good photographs to consider. I recommend the book, with the cautions above.