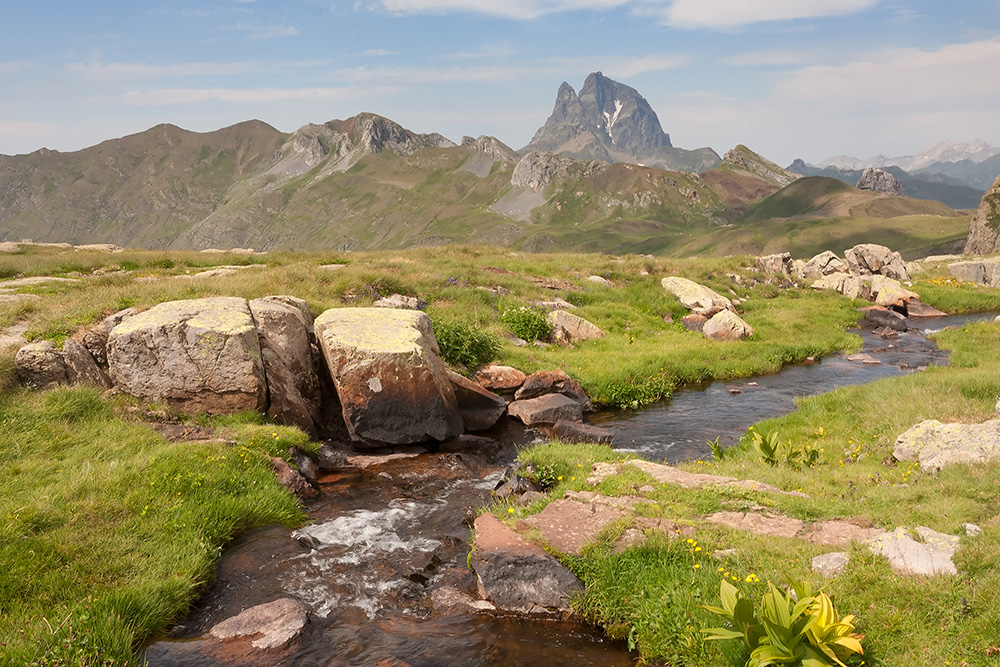 The Pyrenees are my favourite mountains. My first trip was in autumn, staying at a hostel, with bad weather and just a few local walks. My first long walk followed the HRP or Haute Route Pyrenees – High Level Route. Subsequent walks were the same, with diversions into the Spanish GR11 and French GR10. My best year was a combination of the HRP and GR11. There are sections where the GR11 is better than the HRP.

Summers usually have good weather although it can be suddenly wintry. High in the mountains, the temperature once dropped twenty degrees in fifteen minutes. One moment I was in a light shirt, the next worrying about cold and if I should sleep inside a shepherd’s hut for survival.

The film is a compilation of wonderful experiences. Cloud inversions, sunshine, France, Spain, and a view of an iconic mountain. Pic du Midi d’Ossau, where I’ve camped on three occasions, with a sparkling morning lake. The film begins above the clouds, then I descend into them. Reluctantly, but that was the walk.

The photograph is from a mountain called Anayet, in Spain, looking back to Midi d’Ossau in France. You reach the plateau after a steep climb, up a hillside with an astonishing display of wild flowers.