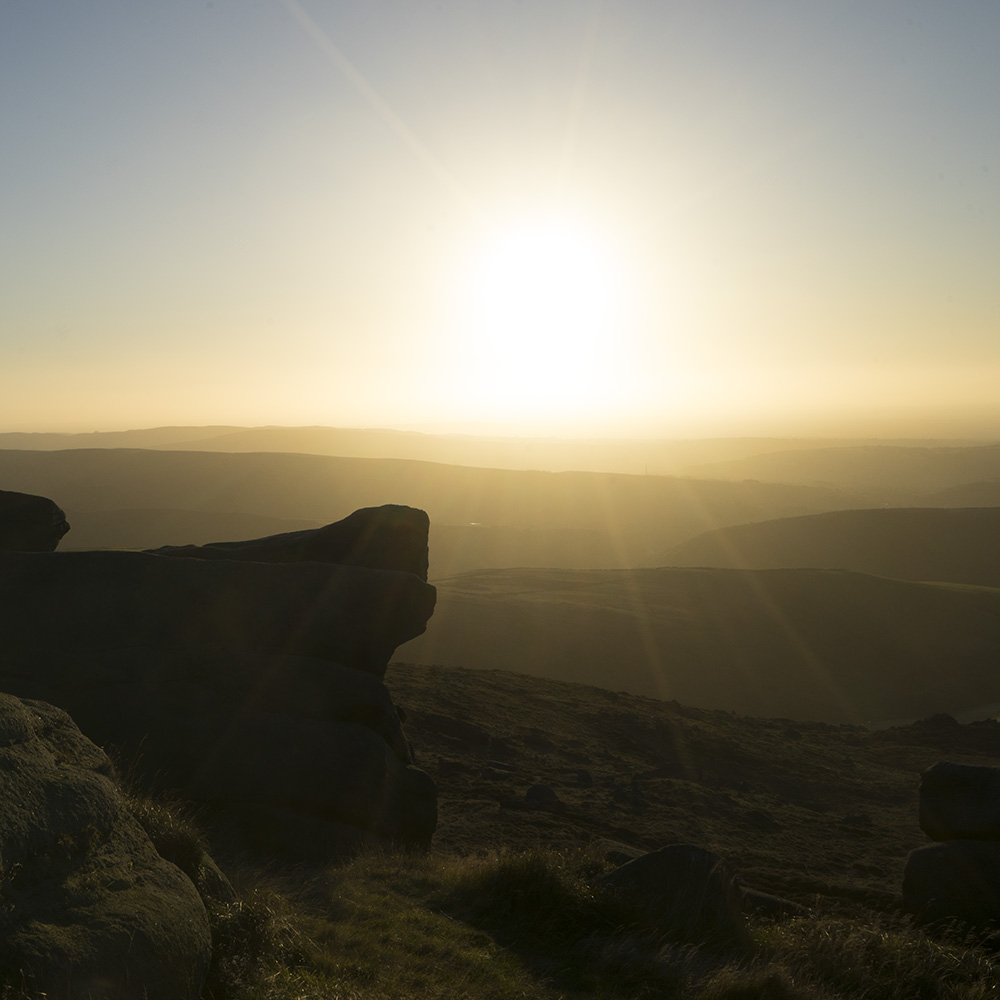 It can stay silent a lifetime. Who knows anyway what it is, that wild, silky part of ourselves without which no poem can live

Narratives can make us understand. Photographs do something else: they haunt us

The Lascaux paintings are some of the oldest art we have. Palaeolithic, on cave walls in the Dordogne, they’re around 20,000 years old. As with Egyptian art, Grecian art, they give us insight into thinking of the time. Not pharaohs, goddesses, gods, but the animal presence represented. It’s nature we see not metaphysics, environment not abstraction, this not other worldly. But place is more than geographic. It also means thoughts, feelings, and imagination.

The internet was once called cyberspace. Twitter is described as a spatial public square. It isn’t, because it’s not a normal exchange. It’s arguably the more interesting shared web site, where you find good people (I have) but the entirety of it is problematic. You are confined to interactive clicks with narratives enforced digitally and socially, according to algorithms and power groups. The extreme of one politics side (the right) is well known and immediately condemned. The extreme of the other (the left) is facilitated, allowing irrational and unpleasant accusations. People ask the question, would you have been swept along by Nazism as millions were. They don’t ask would you, are you, being swept along by a Gulag sensibility based on a fantasised not real enemy.

The pattern is, characterise the other as morally heinous so you appear superior. Trends, likes, reporting and more are used for a digital territory fight. It’s notable that J.K. Rowling (subjected to it) has recently made it clear she will respond to lies and defamation. A phone call from her house, after croissants, before coffee, and someone is in serious trouble. How did I become “far right?” she said. It’s what happens if people deviate from structurally left Twitter. If you pursue politics, Twitter is a computer game with rules. I share walks, photographs, and reading; but I’m aware of these behaviours beyond friends and connections.

Elon Musk has finally acquired the site and appears to have the same concerns. No one should be naïve – it’s a business project – but so it was for the former owner. Musk is now part of the game. He’s described as “fascist” which once again degrades discourse, with societal repercussions. When the name calling is rewarded, it becomes increasingly hostile as one side loses the game unfairly while the other thinks it’s emotionally justified. Rowling was subjected to another death threat, related to the attack on Salman Rushdie. She reported it, tweeted the reply, which said it didn’t infringe community guidelines. This occurs because of protected group algorithms, and seemed to be the explanation. The system dictates that some people are good and others not according to group not character. We denounce this when considering history.  It has returned in cyberspace, and with recent sociological theory.

Philosophically, Twitter is a simulacrum place as described by Jean Baudrillard. Eventually, he said, we will inhabit a mediated reality not the real one. He used the example of the first Gulf War which we viewed not as the horrible fact of killing people, but as green flashes on a computer screen. Big Brother – the television show not the figure in the book – was part of the same phenomenon. A society of spectacle and distance now realised as click interactions, simultaneously anonymous and personal. The semantics of which are deranging, according to a technological determinism which spreads into society.

It’s fine tweeting about gentle pursuits with like-minded people. Not fine, a worldwide platform for politics structured in confining and unbalanced terms. I like walking for different reasons, as a healthy sensory experience and nature based normality. In his book Songlines, Bruce Chatwin says walking “re-establishes the original harmony which once existed between man and the universe.”

Every tweet, every word, sits on distant computers which are monitored for pattern behaviour. Consider how powerful Google is in terms of the endless phrases, countless words, identities and products it detects. It became the dominant search engine partly because it was (still is) a clean white space, when the Yahoo and Excite pages were filled with advertising. The commercial power was hidden and now there is an invisible process used to manipulate not reveal, influence not disclose, exploit not assist.

It was a good story, but there was no evidence Cambridge Analytica influenced Brexit votes. Those companies serve advertisements across platforms so when you search for watches at one site, you see Seiko at another. It probably works, or they wouldn’t do it, but with tangible sales. More serious (damaging) than data monitoring are the people spreading distorted ideas. It’s malicious and sometimes suable, which literary analysis  resolves. I’ve been deceived myself. I read that a politician said something awful, found the extended piece, and he was criticising the attitude not endorsing it. I’m an English graduate, taught it briefly, know these things. If you don’t have critical skills you will form incorrect ideas, be fixated with tiny interactions which are surreally amplified. The people who promote such disputes don’t care about veracity. What matters is their group denigrating the other and influencing the sway.

Decent people, not really bothered, sipping tea at their computer but with a few politics ideas, find themselves in a poisonous space.  A tiny tweet means something heinous, when actually it doesn’t, as part of the mob and algorithm game. It needs emphasising that cancelling, triggering, and feeling “unsafe” on a campus because of ideas you disagree with are internet based phenomena. Feeling unsafe at politics Twitter is understandable. Around ten years ago, Tim Berners-Lee expressed his dismay at what was happening. The internet wasn’t the marvellous democratic space he envisaged but a dystopian nonsense damaging society: a Frankenstein out of control. Nature interest and ecology awareness is unprecedented and growing because the world is in a mess. We also need a break from computer pollution. We walk, outside, consistent with Mary Shelley’s beautiful words:

Even broken in spirit as he is, no one can feel more deeply than he does the beauties of nature. The starry sky, the sea, and every sight afforded by these wonderful regions, seems still to have the power of elevating his soul from earth.

How can we then write about mountains and hills? At best it’s in the spirit of sublime escape, earthy connection, sensory joy and healthy counterpoint: silent views as a healing resource. I like to describe how walking is better than city normality and importantly – why. It’s not so good when walking stories are like travel guides with a consumerist intent. Buy these boots, buy that magazine, buy me, the career adventurist. I don’t want performers with industry sponsors. I want what Barry Lopez said, “tell us a story which helps,” which means good ideas blended with walking. Because this is how we live, part of a complex world soothed by nature, but not all the time and never entirely.

There’s a problem with Kinder Scout because it was the site of the Mass Trespass of 1932. That’s a story walkers should know, seminal for access attitudes and nature for everyone. But it’s championed, used, for politics not nature. Benny Rothman was a Communist and look what he did: but that system never worked and relates to murderous oppression far in excess of Third Reich atrocity. The world made sure the Nazi experiment did not work. Stalinist and related projects, not so much, so we accommodate someone saying “I’m a Marxist” despite the results of history. Some of his ideas are interesting but to make it an identity is another matter. Acknowledge the Mass Trespass, not as a singular protest because there were others, and keep it balanced. “Beauty is truth, truth beauty” is my Keatsian feeling about the hills, together with these words from Thoreau:

I wish to speak a word for Nature, for absolute freedom and wildness, as contrasted with a freedom and culture merely civil — to regard man as an inhabitant, or a part and parcel of Nature, rather than a member of society. I wish to make an extreme statement, if so I may make an emphatic one, for there are enough champions of civilization: the minister and the school committee and every one of you will take care of that.

Kinder Scout, from the Hayfield side, is a very fine walk. I’ve never been over excited with the Peak District because it’s tame compared to Snowdonia, the Lake District, Scotland. The walk to Kinder Reservoir, then up the path, along to Kinder Low, is possibly the finest. Partly, but not entirely, because it’s the highest place. You can reach the plateau from other areas, and I’ve walked there numerous times from Edale, but that entails a long uphill path often in shade and relatively unchanging. I’m not saying don’t do it. I’m saying, in connoisseur terms, the Hayfield access path, across the plateau, then down from Kinder Low, is the closest you find to the interest of more dramatic hills. It reminds me of the Lake District. Not as intellectual judgement, but in terms of how I feel.

Nature is the thing, the sky and the sight of it, as direct appreciation not a mediating tale. The nature world leads, conceptually, into others. Because here we are in relation to wild landscape with a wild self under the wild and untamed sky. “All is vanity, all falsehood, except that infinite sky. There is nothing, nothing, but that” said Tolstoy in his book about the reality of war or peace. The views from Kinder Scout, if the sun is shining, are often as you see in the photograph. In winter it can be harsh, as I found a few years ago. I couldn’t stay more than twenty minutes. No one else there. With the wind, snow, cold.